Halitosis originating in the mouth is the common from a clinical point of view. Such cases are generally linked to necrotic or decomposition mediated by bacteria. There are three types of tests that support that the bacteria present in oral cavities produce halitosis.

Firstly, there is in vitro, when organic substrates (such as food debris) come into contact with oral bacteria that in turn cause bad breath compounds, and in vivo, whereby the VSCs form immediately if peptides and amino acids rich in sulphur are administered to the mouth.

Secondly, halitosis generally becomes less intense when organic substrates and microorganisms are eliminated via brushing the teeth and cleaning the tongue. The third type of test, the use of oral antimicrobial agents (such as mouthwashes) may in some cases reduce halitosis (when it is linked to oral bacteria), though this only achieves short-term effects.

Oral causes are nearly always linked to bacterial activity over substrates of organic matter which often causes bad breath. One contributing factors is the presence of blood, which often encourages the development of porphyromonas gingivalis (bleeding gums). All causes of bleeding gums can, in theory, cause halitosis, so the activity of some proteolytic bacteria when coming into contact with the blood can cause volatile compounds to form. The blood contains decomposition products, such as peptides containing sulphur and amino acids which are possible sources of VSCs.

Poor oral hygiene was one of the first causes of halitosis to be identified in ancient times. Epidemiological studies have shown that the poorer a person’s oral hygiene, the greater is the concentration of volatile sulphur compounds present in their breath. It has also been proven that even in halitosis sufferers, the combination of an oral hygiene programme, professional teeth cleaning (prophylaxis), motivation and instructions for improving oral hygiene, is able to reduce bleeding gums and levels of VSCs in the mouth by 34% over a four-week period. Contrary to popular belief, recent studies have shown that use of dental floss and regular tongue scraping plays a more decisive role in controlling halitosis than the regular use of mouthwash or frequent teeth brushing. 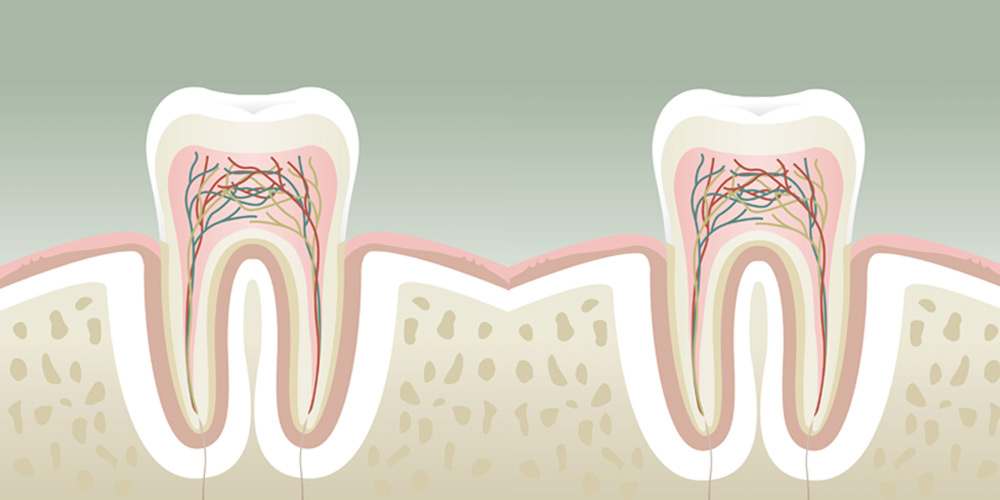 One of the most common causes of halitosis is a coated or white tongue, as this is site of the largest number of microorganisms found in the mouth. The presence of organic matter and bacteria at the back of the tongue (or in the residual coating) is significantly higher in patients with halitosis. Predisposition to the accumulation of bacteria and dietary derived residues varies according to a diverse range of factors, such as the morphology of the back of the tongue (the lingual papillae at the very top of the tongue). Even in perfectly healthy individuals with no previous cases of halitosis or periodontal disease, the tongue is the main source of volatile sulphur compounds. Nasal discharge and gastroesophageal reflux may also contribute to the formation of this substratum at the back of the tongue.

Halitosis is also associated with periodontal disease (a collection of diseases related to the tissues supporting the teeth, such as the gums, periodontal ligaments and the alveolar bone). Patients with chronic periodontitis tend to have a greater concentration of intraoral VSCs, along with other symptoms that are typical of this condition, such as bleeding gums, the presence of tartrate, tooth mobility, the presence of gingival/periodontal pockets, among others. Other periodontal conditions, such as peri-implantitis, acute necrotising ulcerative gingivitis (ANUG, or “trench mouth”), acute necrotising ulcerative periodontitis and cancrum oris (also known as noma) can also cause halitosis.

Salivary secretion can also play an important role. Various situations that interfere with salivary function can induce halitosis. This is the case with prolonged fasting (without any chewing that stimulates the production of saliva), circadian rhythm (sleep patterns), certain medicines which decrease saliva flow, continuous talking and physical exercise. More alkaline pH levels and lower concentrations of oxygen, as well as the composition of the saliva (increase of epithelial cells and cell debris) influence the production of VSCs. Halitosis stemming from saliva residues can be explained by capacity of certain odoriferous compounds (for example, indole, skatole, putrescine, cadaverine, among others) to evaporate into the mouth tissues.

In this case, the thickness of the salivary coating would appear to be crucial. The thinner it is, the greater the volatility (tendency to evaporate) of these compounds. Furthermore, a smaller quantity of saliva favours the accumulation of bacteria and organic matter in the mouth, which decreases the potentially beneficial effect of self-cleaning. A number of widely used medicines can also reduce saliva production. They are commonly known as xerostomic medicines and they include antidepressants, antipsychotics, antihypertensive drugs and proton-pump inhibitors, among others.

Other sources of halitosis

Other problems associated with bacterial activity, infections, and corresponding actions over different substrates of organic matter, can generate halitosis. These substrates are usually food debris, blood and tissues that trigger necrosis and putrefaction, with or without pus-filled discharge. In such cases, pericoronitis, alveolitis, abscesses and other collections of pus, aphthous ulcers and various other types of oral ulcers, food debris getting stuck in gaps between the teeth, dental pulp exposure with necrosis, oversized fillings, stomatitis, surgical wounds, candidiasis (yeast infections), tooth decay, tongue piercings, dentigerous cysts (when drained with a fistula through the mouth), parasitic myiasis, scurvy, histiocytosis, leukaemia (the latter when brought on by oral ulcers/spontaneous haemorrhaging) and neoplasms. Removable prosthesis (dentures) that are too porous, especially the older variety, made with less durable materials, can also be a source of halitosis (the same applies to their night-time use).